Whippin' Up a Storm 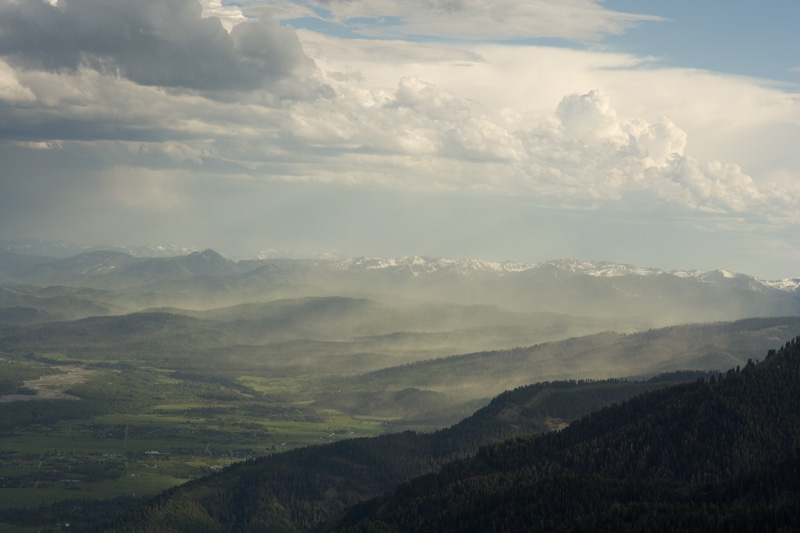 Last time, I talked about how the light of the late day usually makes for a more interesting picture. Weather also plays a good role. If you're hiking or biking, as I was (and also was when taking these pictures), it's a bit more of a risk. One advantage to these mountainous areas is you're able to see very long distances, and can sometimes see the storm coming. Storms can certainly catch you by surprise though, as one did to my hosts, who attempted to climb Teewinot Mountain, before being forced to turn around due to lightning and all around gnarly conditions. But a little bit of preparation, including a good look at a Doppler radar, can help. In this case, I knew the storm would be coming in from the west (as they usually do), but would probably miss me to the south. Unfortunately, the south was where my return destination was, so I had to scurry back quickly in order to stay dry.