View of the Hole 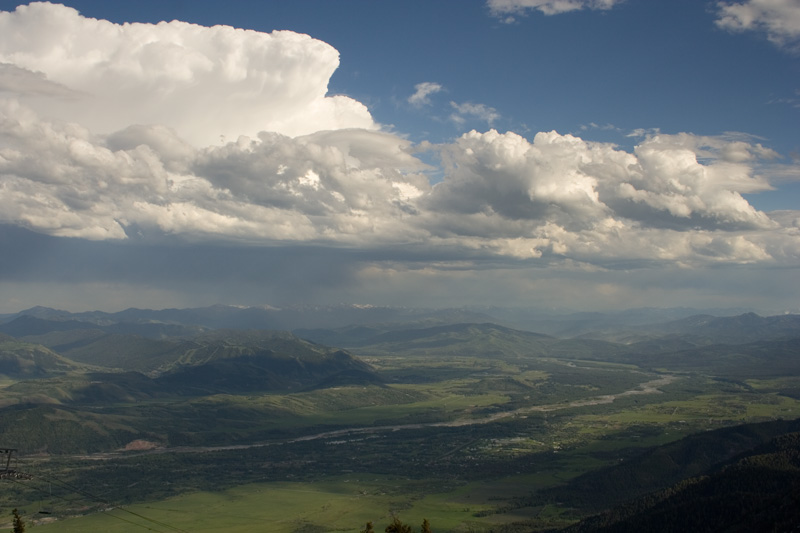 The afternoon I chose to take pictures in Wyoming, I hopped on a bike, and rode to the aerial tram at the ski resort near Jackson. Unfortunately, my timing was off, so I had to pedal hard to make the last trip up the mountain before it closed. I made it just in time. This wasn't really by accident, though, because when you're taking pictures, it's often best to be out early and late in the day, as the sun is beginning to set. This strategy has produced some of my prouder pictures. So the last trip up the mountain is the one to get. It was still a little too early in the day to achieve anything that stunning, but an incoming storm provided a little visual drama.